Zennor & The Sins of St Senara - A Gaslight Supplement for Call of Cthulhu
https://www.drivethrurpg.com/product/32 ... of-Cthulhu


A Guide to Zennor

”At Zennor one sees infinite Atlantic, all peacock-mingled colours, and the gorse is sunshine itself. Zennor is a most beautiful place: a tiny granite village nestling under high shaggy moor-hills and a big sweep of lovely sea beyond, such a lovely sea, lovelier even than the Mediterranean… It is the best place I have been in, I think.” —D.H. Lawrence

History: Zennor has always been one of those places that history and time seem to forget and pass by, but it started as a small collection of farms in the Dark Ages. Since then, residents have managed to avoid attention and even contact with an increasingly connect world.

The Village and its Inhabitants: Detailing notable NPCs and locations in the village, from Gurnard's Head to the Zennor Quoit and even the old manor house the is perched on bluffs overlooking both village and ocean. This chapter also provides a map of the region and of the town itself.

Village and Hamlets of Zennor Parish: The churchtown of Zennor lies at the eastern edge of Zennor parish. The rest of the parish consists of scattered farmsteads and a few hamlets connected only by rutted roads.

Fell Secrets and Forbidden Lore: Some ot the true history of Zennor, unknown to outsiders and even some of those who live here, is covered next. In addition to the expanded background, this part provides more information on two helpful NPCs, shedding light on what they know of the area that may be of interest to tourists (or investigators).

Scenario Seeds: Provides ideas for using Zennor in other eras (The Dark Ages, The Reformation, and Elizabethan Times) and fleshing out a slightly longer idea of Zennor during the Napoleonic Wars.

The Sins of St. Senara

"I had thought I had run far enough. I had throught my past behind me. Now I know one can never run far enough or fast enough. Who you are catches up to you eventually."

The wealthy Godfrey Tillinghast was happy. He married for love. And after a brief period of joy, the honeymoon ended with his wife leaving the London scene for the Royal Edinburgh Asylum. It was her nerves, you see? And she was getting better, too. She was...everyone said so. But then she drowned. Seawater, they said. In a locked room. Miles from the ocean.

The Sins of St. Senara take investigators from London to Edinburgh and back again, before seeking answers to a mystery that began nearly a millenia ago, in the churchtown of Zennor.

Laid out like one of the popular Victoria-era Penny Dreadfuls, the scenario is supported by handouts, maps, and introduces NPCs and one an ancient cult in Cornwall. 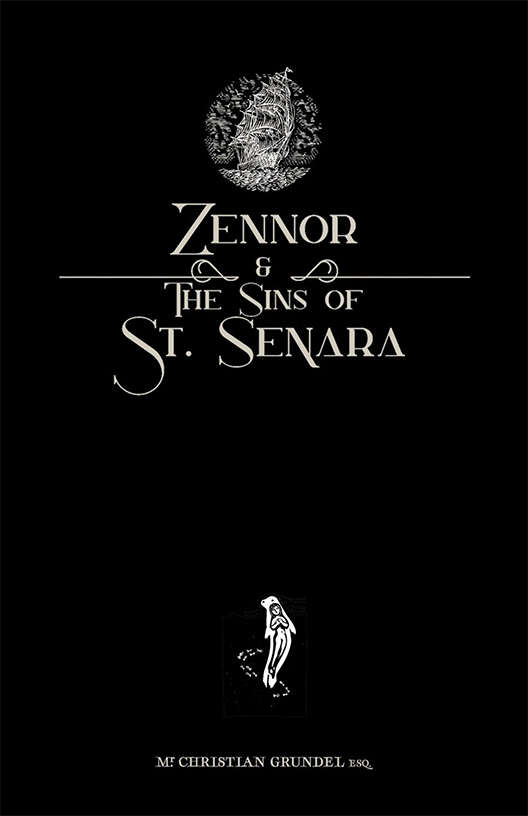 
Station S is a one night scenario for the Call of Cthulhu roleplaying game published by Chaosium, Inc. Written by Rachael Randolph and with art by Badger McInnes, Stephanie McAlea, Mark Lucas, Robert Hafferman.

The War Ministry has a tension so palpable that people have been talking. The investigators have been brought in to research an anomaly. Something so odd and unnerving that, while the Nazi Reich is rising, action must be taken and the investigators must travel to a dark loch in Scotland.
The Fox Country scenarios deal with unavoidable fates, dark secrets, and seriously bad choices made by the antagonists. As so often is the case, there are no winners when fate has trapped you in a dice game for doom or destiny. As such, please be aware that some of the themes are quite mature and are suitable for Gamers who are at least of maturity. 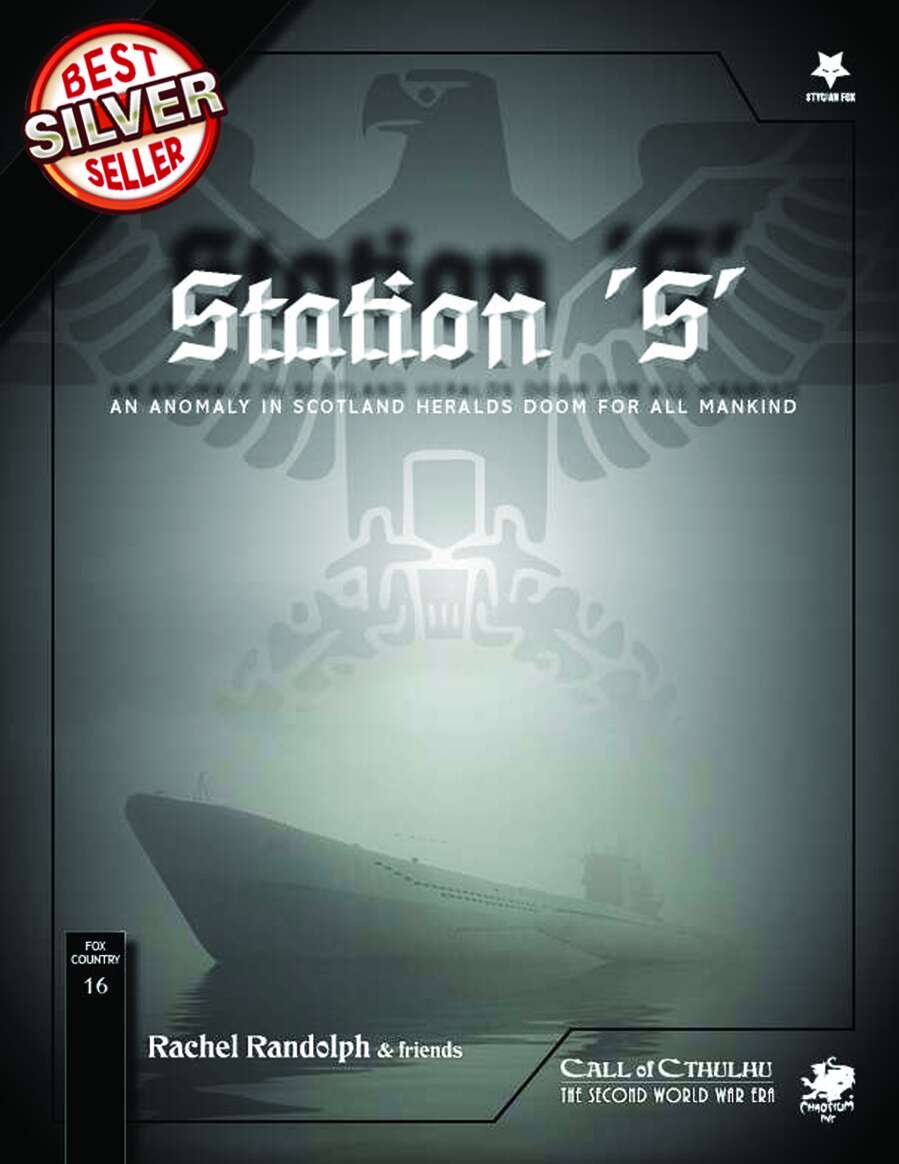 Darkness in the Void - A Cthulhu Tomorrow Supplement for Call of Cthulhu
https://www.patreon.com/posts/dark-new-49484161


By Glynn Owen Barrass.
Galilee Heavy Industries dispatched hundreds of probes into the void, and one has transmitted data that a planet in the goldilocks zone around Rispah-160 would not only support human life, but had flora and fauna, oceans, even breathable atmosphere.
Investigators are dispatched on the FTL Pavel Sukhoi to survey the planet from orbit and recover the probe and the information it's collected. The planet, however, holds mysteries and terrors the likes of which they have never dreamed of—or experienced in their worst nightmares. 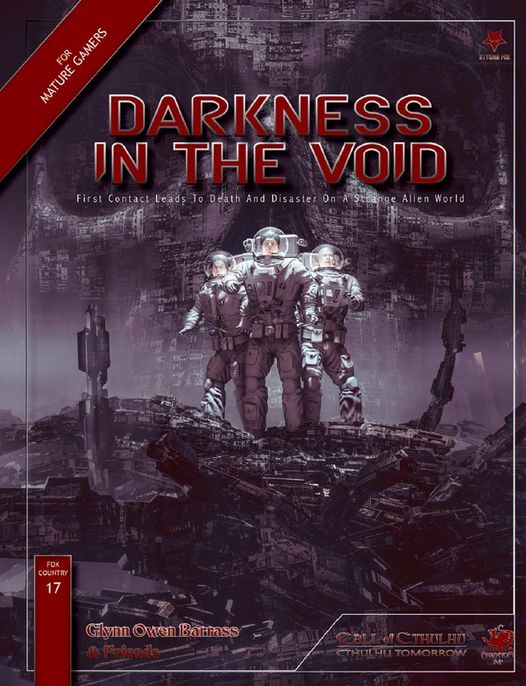 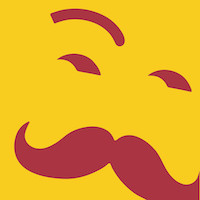 "Over the centuries, mankind has tried many ways of combating the forces of evil... prayer, fasting, good works and so on. Up until 'DooM', no one seemed to have thought about the double-barrel shotgun. Eat leaden death, demon!"
~Terry Pratchett
Haut
Répondre
527 messages