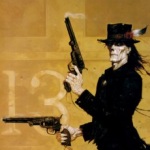 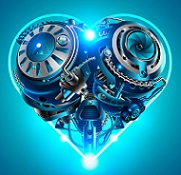 Émission de 7 minutes sur National Public Radio (2018)
https://www.npr.org/2018/09/13/64732906 ... 6870788022
Il y a la retranscription, pas d'inquiétude pour la compréhension.
Pour ceux qui auraient peur de s'ennuyer dans PHL :
" In our mind, we think of librarians as the quintessential "Marian the Librarian" who puts the books back on the shelves, makes sure that everything's tidy. Librarians are a determined bunch. They're far more subversive than that. "
Haut

“The sun came up with heated brilliance…people came pouring into town from all points of the compass and by 10 o’clock in the forenoon, the city park and surrounding streets and walks were as crowded as if the great Barnum show was here.” – Pike County Democrat, July 18, 1894

Thousands of people came to see the laying; bands from Winchester and Louisiana came, entertaining people on the streets as they waited. About 1:30 the parade lines up.

Then the article lists organizations and numbers of people from groups marching in the parade for the celebration:

Members of the Bar

The Grand Master of the State of Illinois Masonic Lodge help a ceremony for the laying of the cornerstone. He deposited within that stone, a box containing numerous county documents and data of the time :

All the names of teachers and school officials in the county

Names of all library trustees

Lists of City and County Officials

Names of Members of the Illinois National Guard

Memberships and officers of many other organizations

Copies of bids and contracts of courthouse

All Masonic members in attendance that day participated in the laying. After the stone was in place the Grand Master poured wine, oil, and corn over it. These symbolize plenty, health, and peace.

The cornerstone face to the northwest bears this inscription:

Laid by the Masonic Fraternity

On the northeast face, the date and those responsible are named:

Board of Supervisors: J.R. Easley, Chr.